Atlanta Personal Injury Lawyer Advocating for the Rights of Victims

If you or a loved one has been hurt in an accident in Georgia, you have legal options to explore and rights to assert. Based in Decatur, Stephen M. Ozcomert is ready to guide you through each step of the process, minimizing the burdens and stress on you so that you can focus on getting better physically and emotionally. For over 25 years, he has served victims and their families who are seeking a personal injury attorney in Atlanta or the surrounding cities. Many of Attorney Ozcomert’s cases have come as referrals from former clients who appreciate his efforts in obtaining substantial verdicts and settlements on their behalf.

Some of the most serious accidents happen because a driver failed to act safely behind the wheel. Dangerous behaviors on the road include texting while driving, failing to yield at an intersection, driving drunk, or engaging in aggressive maneuvers like tailgating or flagrantly speeding. Any of these careless actions can change a victim’s life forever, and they have a right to bring a car accident claim against the driver who harmed them. Most of these claims are based on the concept of negligence. If a driver failed to use reasonable care behind the wheel, and this lapse directly resulted in the victim’s injuries, they likely will be able to hold the driver liable for their harm.

Both economic and non-economic damages may be recovered after a car wreck. Economic damages are meant to cover expenses like medical bills, therapy and rehabilitation costs, the costs of household services, and lost income resulting from missed time at work. Future costs such as surgeries that the victim may need in the future or lost earning capacity also may be available. Non-economic damages in a Georgia car accident case typically cover more subjective harm like mental anguish and pain and suffering.

A massive 18-wheeler plowing into a passenger car usually has devastating consequences. Many truck accidents can be traced to the carelessness of the truck driver, the trucking company, or both. Often, a violation of state or federal trucking regulations led to the accident. A driver may have fallen asleep at the wheel after violating hours of service regulations, or a driver may have overloaded a truck, causing debris to fall into the highway or hampering their ability to execute a turn. A trucking company may have failed to properly supervise a driver who violated regulations or may have ignored a record of red flags that suggested that the driver should not be hired or retained. Even if the trucking company was not directly at fault for the wreck, moreover, it usually can be held liable if it had an employment relationship with the driver, and the accident happened when the driver was on the job. An Atlanta personal injury attorney can carefully investigate the events leading to the crash and sue all of the responsible parties.

Many Georgia residents relish the thrill of zooming down the open road on a motorcycle. This activity provides a sense of freedom and a great way to explore the outdoors, but an afternoon adventure can quickly turn tragic. Drivers frequently do not pay the level of attention to motorcyclists that they deserve. In a common situation, they may cut off a motorcyclist when making a left turn at an intersection, or they may ignore a motorcyclist when entering a road from a driveway. Drivers and their insurers may try to argue that a rider also contributed to the motorcycle accident by acting carelessly. This is important because a victim who was 50 percent or more at fault for an accident cannot recover any damages. (If a victim was at fault to a degree less than 50 percent, they can recover damages that are proportionate to the defendant’s fault.) A personal injury attorney in the Atlanta area who is familiar with these cases can gather evidence to show that the defendant was largely or entirely responsible for your injuries.

Property owners, especially businesses, have a certain responsibility to people who come onto their premises. They are expected to take reasonable measures to address any dangerous conditions on their property that could harm visitors. For example, a convenience store should respond when someone has spilled a soda on its floor by cleaning up the spill within a reasonable time. Even if the property owner was not actually aware of the hazard, it may be held liable through a premises liability claim if it should have been reasonably expected to discover it. This is a highly fact-specific inquiry that often involves interviewing witnesses, reviewing surveillance videos, and consulting experts. As with other personal injury cases, it is important to act quickly before evidence decays—and also before the statute of limitations expires.

Over $40 Million in Settlements and Verdicts
Medical Malpractice

As a patient, you have a right to expect a certain standard of care from the health care providers who diagnose and treat you. When they fail to act with the competence that should be expected of a physician in their specialty, they should be held accountable. Medical malpractice claims tend to be especially complex. The standard of care is specific to the profession and generally requires illumination by an expert. A doctor in the same area of practice as the defendant can help explain what happened to the patient and why it would not have happened if the defendant had met the standard of care. Consulting an Atlanta personal injury lawyer early in the process is a critical step to take if you may have been a victim of medical malpractice. Doctors and hospitals typically fight these allegations aggressively, so you need an equally aggressive advocate in your corner.

Consumers use a wide variety of devices in their everyday life, usually without thinking twice about the hazards that they may pose. Manufacturers are expected to make products for the public that are safe to use or provide warnings about dangers that are inherent but not obvious. Still, defective or poorly designed products reach the marketplace all too often. If you have been hurt in this type of accident, you can bring a product liability claim. Unlike most defendants, manufacturers usually can be held strictly liable, which means that it does not matter whether they used reasonable care. A victim can try to establish liability on the basis of a manufacturing defect, a design defect, or a failure to warn, depending on the specific situation.

Among the most devastating forms of harm that a victim can suffer in an accident, brain injuries can alter a victim’s life forever and place a substantial burden on a family. The leading cause of traumatic brain injuries is car accidents, but they may also arise from slip and falls, workplace accidents, or other events. They are often divided into penetrating head injuries or closed head injuries. In a penetrating head injury, an object has pierced the skull, while a closed head injury happens when an object strikes the head but does not break through the skull. Testimony from medical providers, vocational experts, and accident reconstruction experts may be vital in proving how the injury occurred and delineating its effect on the victim’s future personal and professional life.

The spinal cord is critical to the proper functioning of the human body, but it is easily disrupted when the body is jolted by a heavy impact, such as when a big rig strikes a sedan. Victims may suffer from whiplash, paralysis, or injuries like triplegia, quadriplegia, and paraplegia. Spinal cord injuries are categorized as complete or incomplete. An incomplete spinal cord injury means that the victim retains some sensation below the site of the trauma, while a complete spinal cord injury means that the trauma affects the entire spinal cord. A personal injury lawyer can help Atlanta residents and their families fight to hold accountable whoever was responsible for causing these serious conditions.

Some victims unfortunately are unable to recover from the injuries that they suffer in an accident. Family members who are left behind may feel emptiness, grief, and anger. One way to gain closure and a sense of justice is to bring a wrongful death claim against the person or entity that took your loved one’s life. These actions are meant to compensate the victim’s estate for the costs related to their medical treatment and funeral. They also provide damages to the victim’s family for their loss of companionship, support, care, and other tangible and intangible benefits that the victim provided for them.

Stephen M. Ozcomert understands the complex, overwhelming emotions with which victims and their loved ones grapple in the aftermath of an accident. He has dedicated his career to helping ordinary people fight for their rights against insurers and other large companies that do not have their best interests at heart. If you are ready to pursue the compensation that you deserve, call Attorney Stephen M. Ozcomert at (404) 370-1000 or toll-free at (888) 373-9321, or contact us online. He offers a free consultation to discuss your options and explain how he can help you.

As an experienced advocate, Atlanta personal injury lawyer Stephen M. Ozcomert uses his expansive knowledge to get you results, including compensation for lost income, medical costs, pain, suffering, and other benefits. If you were harmed in an accident caused by negligence, do not trust your fate to a novice; rely on an attorney with over 20 years of experience negotiating tough settlements and trying cases before a jury. Attorney Stephen M. Ozcomert has an established reputation for excellence as one of Georgia’s “Super Lawyers” and as a member of its “Legal Elite.” Call (404) 370-1000, or toll free, 888-373-9321, for a free consultation or contact us online.

Client Reviews
★★★★★
Words cannot express how greatful I am for Mr. Ozcomert and his entire team. They took me under their wings and made me feel as if I was family not just a number. Whenever I had an issue they came up with a resolution no matter what the situation was. They fought hard for me and gave the best representation I could have ask for, a special thanks to Ann, you were the perfect blend of, tuff love and honesty sprinkle on with kindness and compassion, you guys were awesome and I thank you. Karlene Hudson
★★★★★
Steve and Anne walked me through the whole process from start to finish. When I called with questions, I promptly got responses. I would highly recommend Steve to anyone in need of an attorney. Taffanie
★★★★★
Thanks for everything...Steve you're the BEST!!! Keep up the great work! I recommend Mr. Ozcomert and partners to anyone who is looking to WIN. ETERNALLY GRATEFUL. Bernard
★★★★★
I have really enjoyed the way that Steve and his one person staff Anne handled my case. They turned a bad situation into a very favorable outcome. They went the extra mile. I can highly recommend Steve to anyone that is in need of an attorney. Glenn
View More
Submit a Law Firm Client Review
Atlanta Personal Injury Lawyer Blog 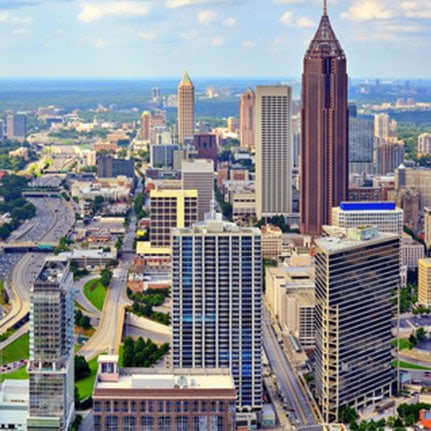